If you think contract farming is a recent concept introduced in India, then, believe me, you are wrong. Contract farming has a history in India. Introduced by Britishers, contract farming has evolved over the years. Started informally and passing through various government amendments and eventually becoming an act, there were many changes made to the concept of contract farming. All the changes reflect that Indian agriculture, just from being a way of livelihood to farmers, is gradually becoming a profitable business. According to one study, the average revenue of a contract farm is about 11% higher than an average non-contract farm. Even there is even a difference in cost of production. The per hectare cost of production is 13% lower than the non-contract farm. This is the reason behind the sudden inclination of everyone in the agriculture ecosystem towards contract farming. In this article, we will be looking at how the concept was introduced to India, how it got recognition by various companies and government, discuss various acts passed by central and state governments, and finally will see whether the farm bill passed in 2020 is good for contract farming or not. So read till the end.

Before diving deep into history, let us quickly understand the contract farming concept.

Contract Farming is a forward deal between a grower and the buyer for the agriculture goods grown by the grower. The price, quantity, and quality requirements are decided well before the season starts and documented in the agreement which is then signed by the farmer and the buyer if both agree to the terms and conditions. The farmer has full rights to claim the money from the buyer if the harvested produce is not bought by the buyer as per the agreement. Similarly, a buyer has the full right to reject the product if it is not according to the quality requirement as mentioned in the agreement.

If you are interested in knowing more about contract farming and the different models which are practiced then click here. 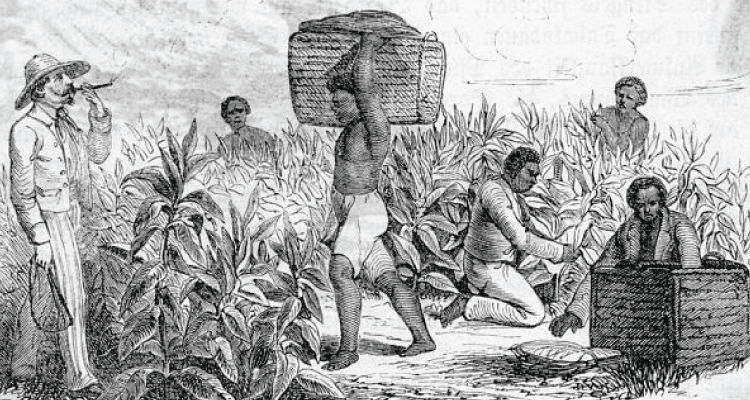 It all started here. In the 1850s and 60s, the British used to deal directly with the farmers. They used to buy the produce from the farmers and export it to other countries. However, there was a major problem here. Farmers were forced to grow the commodity that Britishers wanted. Moreover, farmers were not offered the real price of the commodity and paid very little money by the British. Moreover, farmers have to pay the agriculture tax. This was total exploitation done by British to Indian farmers. But this is how contract farming in India introduces.

The farmers were forced to grow Indigo, Opium by the Britishers. Indigo and opium are the commodities farmers were never happy to grow as these commodities can not be consumed like wheat and rice were grown and consumed. Commodities like Tea, Cotton, and Coffee were also grown by farmers, and Britishers exported them getting the best prices in the international market.

Though the farmers were exploited by the British, the concept they used to procure the agricultural commodity was something similar to contract farming.

In 1989, PepsiCo set up a Tomato processing plant in Hoshiarpur, Punjab. The company planned to make packed tomato ketchup and for that, they required good quality tomatoes. When the company executive researched the Indian tomato market, they found that it is challenging to get their required homogeneous quality of tomatoes from the market as every farmer grows a different variety and quality of tomatoes at the farm.

To solve this problem, PepsiCo planned to deal directly with the farmers. They went to the farmer and formed a contract of guarantee buying tomatoes from them after the quality is matched. To help farmers grow the best quality of tomatoes, the company helped farmers adopt new agriculture technology and introduced farmers to the updated agriculture knowledge. PepsiCo helped farmers by teaching them a new transplanting technique by which the farmer’s cost of production decreased. Moreover, due to the support, the tomato yield increased from 7.5 tons per hectare to 20 tons per hectare.

This was the first instance when Indian farmers were benefited from contract farming and the concept got recognition in the mainstream.

At the later stage, PepsiCo sold the processing plant to Hindustan Unilever Limited (HUL) then Hindustan Lever Limited (HLL). And PepsiCo started contract farming of potatoes for their brand Lays and Uncle chips.

In 2003, the Indian government gave first-time official recognition to contract farming and included it in the APMC act 2003. The act was about making a specialized market where farmers can come and sell their produce. According to the act the states were told to make specific infrastructure and set up APMCs region-wise. A farmer from a particular region will sell his product in the APMC of that particular region. This regulation was an invitation to competition less market which eventually is not good for farmers as it created cartelization of the agents in APMC.

For the first time, the government included contract farming in the act. According to the act, the government allowed contract farming. This means that farmers can deal with the companies directly, form contracts with them and sell them. However, the important thing is, all the contracts will happen via APMC. This simply means that any company if wants to have a contract with a farmer of some particular place, then that company has to register itself in the APMC coming under the same region. Also, the company has to pay tax and market fees to APMC for conducting the contract. Though contract farming was introduced officially by the government of India, it had few barriers. Moreover, the dispute settlement was under APMC. 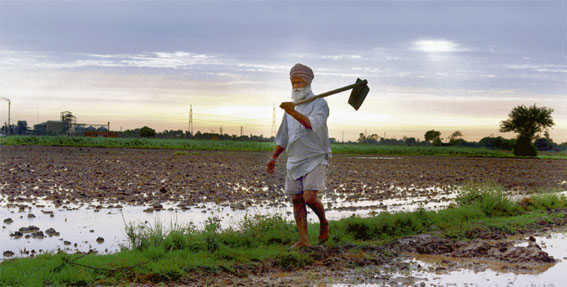 Some of the salient features of the Punjab Contract Farming act 2013 are as follows:

Though Punjab introduced the separate act the farmers of Punjab were not that happy. As in Punjab, contract farming was practiced for a long time. There was a time between 2003 till 2011, where Punjab farmers widely adopted the concept, they tried, tested, and failed to run it successfully. The reason behind the failure was the lack of financial support from the state government and lack of synergy between state and center as well as politics.

After Punjab introduced a separate contract farming bill, in 2018 the central government introduced the Model Contract Farming act 2018. The name of the act was, The State/UT Agricultural Produce & Livestock Contract Farming and Services (Promotion & Facilitation) Act, 2018.

If you have observed, the name of the act contains two important words. the words are, “Promotion & Facilitation”. This can be interpreted as the government will not be a regulatory but only a promoting and facilitating body.

The model act was an extension of the Punjab act. However, there were a few differences. The following are the features of the act:

From the act, it is visible that though the act was a major change in the contract farming system which can benefit the farmers and buyer company, however, it is also clearly visible the government’s intention to decrease their say in the system. Hence, that is the reason behind making this act facilitative and promotional rather than regulatory.

Among the three bills, the Farmers (Empowerment and Protection) Agreement on Price Assurance and Farm Services Act 2020 was specifically for contract farming. Experts believe that in the presence of the model contract farming act 2018, there was no need for a new bill for contract farming. Instead of passing a new bill, the old bill’s results could have been analyzed and the necessary gaps should be filled.

Why are farmers against it?

There are three main reasons why farmers are against the contract farming bill.

First, farmers believe that if they don’t have access to the judicial system in case of dispute, they would be exploited as they don’t consider SDM to be an appropriate authority to solve the dispute and give them justice. Second, Punjab farmers have already tried and tested the contract farming system and they have not witnessed much success in this model in their state. Hence they don’t expect anything miraculous with this act too. Last but not the least, third, as it is visible, over the years, the government has changed its role from a regulatory body to just a facilitative and promoting body. This shows decreased interest in the government having its say in the system. Farmers are beware of getting exploited by private entities.

Is Contract Farming good or bad?

Contract Farming If well practiced, then it is a massive boon to the Indian farmers. Almost 86% of the Indian farmers are small and marginal. Contract farming brings these farmers together and gives them chance to produce a specific quality of agriculture commodity in which they get a guarantee to buy back from the company. Some of the benefits of contract farming are listed below:

What are few concerns?

As it is said, there are always two sides to a coin. With all the benefits of contract farming highlighted, it is essential to highlight a few of the concerns.

So far these were the major historical events that occurred in India regarding contract farming. As it was mentioned in the initial part, the contract-based farming system has evolved over the years. Gradually farmers and private companies are getting accustomed to it. This just the beginning of the organized farming system in India, as the agriculture sector of our country is very unorganized. We hope in the upcoming days, we will be seeing an India, where agriculture has been changed, farmers have been uplifted which will eventually increase agriculture share in India’s GDP.

Let us know your thoughts on this topic by commenting below. If you have any suggestions, let us know. It will help us to improve. For getting regular blog updates from KhetiBuddy, subscribe below.