KhetiBuddy’s precision farming suite of solutions enables you to track farm operations and monitor your crop’s health for increasing profitability & efficiency. Download our brochure to know more!
Download Brochure
Optimize your farms with the most agile and dynamic precision farming software!

The precision farming software to make your farming business more

Precision farming is the future of agriculture. By utilizing precision inputs in precise amounts, farmers can achieve higher average yields than with traditional techniques - and do so without having to cultivate dozens or hundreds of acres at once! One major problem? Small field sizes that are common throughout India (and many other parts on Earth). But thanks to new technologies like sustainable precision agriculture; we’ve got a solution for this century's most valuable innovation: ICT-based farm management systems based on information technology which use smartphone farm applications as well as soil and crop health data collected via GIS layered with additional datasets gathered from on-field.

Precision farming is an objective driven methodology , an approach where inputs are utilized in precise amounts to get increased average yields, compared with traditional cultivation techniques. One major problem for farmers everywhere is the small field size which has limited their productivity and income generation potentials due poor efficiency from use of resources like water or fertilizers on a given land area (Rones 2008). However, by implementing precision agriculture technologies such as digital farm management systems that provide accurate data about crop condition at any point during its growth cycle; one can now achieve sustainable increases across various measures including weight gain per acre-year after implementation!

Precision farming is the future of agriculture, and it can be done with precision techniques. This means that inputs are utilized in precise amounts to get increased average yields compared to traditional cultivation methods; for example on small Indian fields like those found throughout Asia (India being no exception). One major problem? The lack-of equipment space given by their limited land holdings - which has yet another effect: high rates…

The ICTs based Sustainable PA system solves all these problems by using technologies like smartphones or Global Positioning System chips instead!

Precision Farming Software for agribusinesses who strive for lean production

If your goal is to increase productivity per unit area and efficiency of input and water consumption, then all you need is a tool to help you automate your process that can be measured and optimized. With KhetiBuddy’s solutions you can leverage digital solutions for practicing precision farming that suit your goals.
Corporate Farms
Plantation Firm
Agro Consultancy Firm
Agro Procurement Firm
Agricultural R&D Firm
Contract Farms
Vertical Farms
Agribusinesses 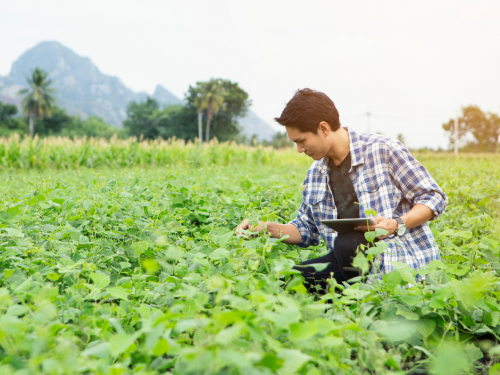 Manage and monitor farm activities on a granular level guided by our AI engine. 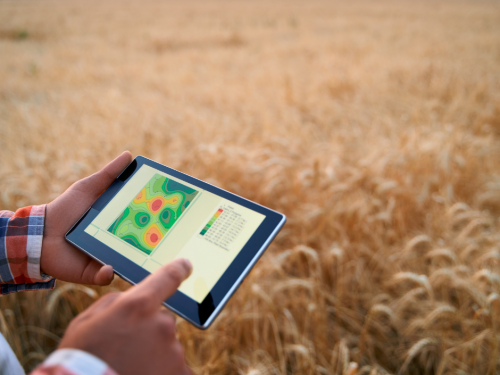 Nutrient consumption varies based on the crop’s lifecycle stage and health status but seldom these are not visible to the naked eye or aren’t observed at the right time. By identifying the growth indicators of each crop which varies based on the objective for which the crop is grown, a more dynamic and detailed course of action can be designed specifically ensuring that the consumption of the nutrient is optimal. The consumption of water and the nutrient use efficiency would change throughout the period therefore demanding a digital solution to guide through especially for large operations. 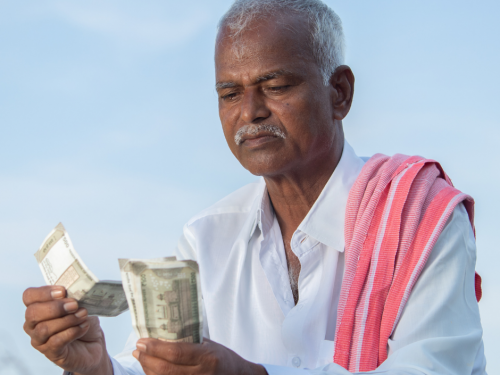 4Analyze and Improve Farms with Analytics 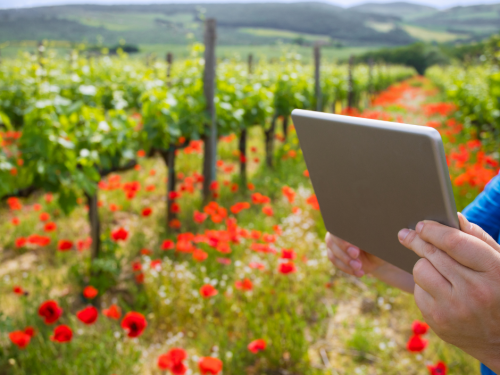 All the data generated goes in our AI engine which helps in giving insights benefitting the entire Agri value chain.With open interfaces our platform allows you to connect to various on-field sensors. The data can be used for proactive alerts on farms.

Precision farming has come a long way over the years. What started out as a way to help farmers more accurately map and manage their fields has turned into a full suite of software tools that can help farms operate more efficiently and profitably. Here are some of the benefits precision farming software can offer your farm.

Looking to improve your business profitability?

What is Precision farming software useful for?
Precision agriculture tools are the cutting edge in crop production. These data-driven insights will maximize yield and revenue related to crops, using information such as ideal planting schedule or maintenance instructions for any given environment that could impact them; with predictive analytics features like expected waste levels which help farmers know when they need more resources on hand (like pesticides).
What datasets can I capture for precision farming?
You can capture data from various sources to build a customizable precision farming solution using KhetiBuddy’s platform, such as weather data, micro-climate data, etc.
Why use KhetiBuddy’s precision farming software?
The quality of your crops will depend on a number of factors, including the weather and insects. You must make sure that you take care every step along the way in order for these plants to grow into healthy produce. If something goes wrong with even one decision then it can result in destroyed or diseased food which definitely has consequences--even if just temporary ones like lower yields next season. A perfect example would be not timing crop treatments correctly; this might advantage some types over others depending upon their growth rate (for instance corn needs more sun than wheat).
Can I integrate any other application or hardware with our solution?
Any software and hardware that provides an open API for integration over cloud can be integrated with the KhetiBuddy’s platform solution.